umbrage? Why, I haven't even begun shouting in upper caps yet. We're not up to 'umbrage stage', more like 'mild panic and agitation stage'. These things have to be taken in a graduated manner you know

Kunrei-shiki I find quite annoying and misleading - that's how 'Mitsutoyo' became written as 'Mitutoyo'.

For the benefit of other readers, here's a short table from Wikipedia showing some differences in romanization between systems:

'Huzisan' anybody? What a ridiculous system!
Top

Hah, after all this time.....õ.....Thanks Chris! For the mac computer it seems also quite easy.

The flat bevel is easy enough, being just a flat bevel. The inside bevel of the hamaguri is a flat bevel, which makes it easy.

I've been so tempted to get an Tsumitsubo for this purpose, I'd really like to hew logs.....not to make a living, but manly just to know how to do it. If ever my wife and I move from our townhouse to a stand alone home without an HOA I have plans to build a timber structure for my workshop.
But yeah, using the bandsaw for the rough work seems like a fine enough way to go about the process, especially now that I have a big one (bandsaw).

Chinese is quite difficult for me, especially since there are many many many words that sound quite similar to my western ears and yet mean something completely different. Luckily my son is learning mandarin and so I'm learning along with him, though I'm certain he will pick it up faster than I will.
I suppose it's no different than english where we have so many words which sound exactly the same, and are often written in exactly the same manner, and can only be differentiated through context.
Top

Yeah, the fu/hu thing is an issue to be sure, and Japanese people definitely do not pronounce 'fu' like an English speaker would.

Japanese writing systems, let's face it, are one of the most convoluted and complicated things going. It's the only language i know of which has a sub-writing system (furigana) to tell Japanese people how to pronounce words in their own language. the carpentry texts are full of furigana. I continue to suck at the language personally, though I can at least blame 18 years with little to no real practice.

Here's a classic example of a Japanese railway station sign using more than one Romanization system: 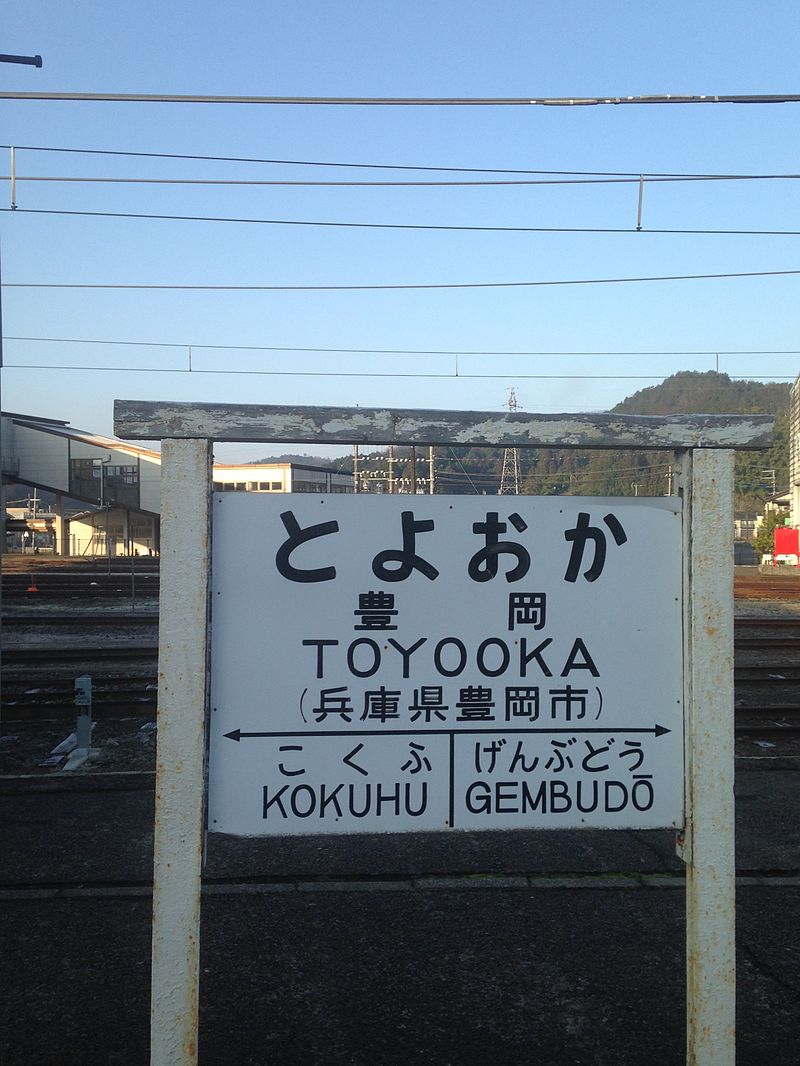 Although in principle Hepburn is used, 'Kokuhu' is the kunrei-shiki form (would be Kokufu in Hepburn).
Top

Yeah, seppuku is really the only way forwards for you Chris, in this situation.

I'll be the mug and ask the silly question: How do you get the macron over the vowel when writing a post?

If you are using a Mac or iPad you press and hold the letter key and a popup menu will give those character choices.
Top
Post Reply
16 posts